Now it’s finally happening, we are officially living in a bus, travelling the country. Of course the big decision is where do we go first? We decided a little while ago that we would travel the south island first and when we set a leaving date we booked a ferry crossing and planned for a fairly quick trip to Wellington so we would have a couple of days to hang out and explore the capital. It all went pretty much as we had hoped, we spent our first night in Taupo so we wouldn’t have too much driving on the first day. The next morning we spent a bit of time at the playground to run off some of Oliver’s endless energy before a big drive to Himatangi beach. Being in the car we travel a bit faster than Wayne does in the bus so we arrived before him. So it was an easy choice to find the beach and go for a bit of a walk while we waited for the bus to arrive.

It was quite a windy afternoon and they drive cars along the beach at Himatangi, so it was quite an exhilarating walk. Just what we needed after a long drive and a not so exciting day for a four year old. And a vital reminder for me that this is why we are doing this, for these moments we will get to share together now all the time.

Our night at Himatangi was our first experience of what you call a pop or park over property. We joined the NZ Motor home association and along with that gives you access to a whole lot of different options for places to park your self contained vehicles, one of those options is other members who have enough room on their properties will let you stay at their property for a small fee, in this case $5 and for that grand sum we also plugged in to their power for the night and enjoyed a cuppa and a bit of a chat with the older couple after Oliver was asleep. Very quickly it has become clear to us that we will not lack for social interaction on the road, if anything I would say we will have more than before.

The next morning after a bit of a morning bike ride we left Himatangi and headed towards Wellington. We decided to stop at the tram museum on the outskirts of Wellington and take a tram ride to the beach and back. Oliver is fairly keen on trains so this was definitely for his benefit, but it was actually really interesting for us to. A small but well set out little display on the history of trams in Wellington and then the actual tram ride takes you down to a the beach where you can hop off, go for a walk or picnic and catch a later tram back to your car when you are finished. 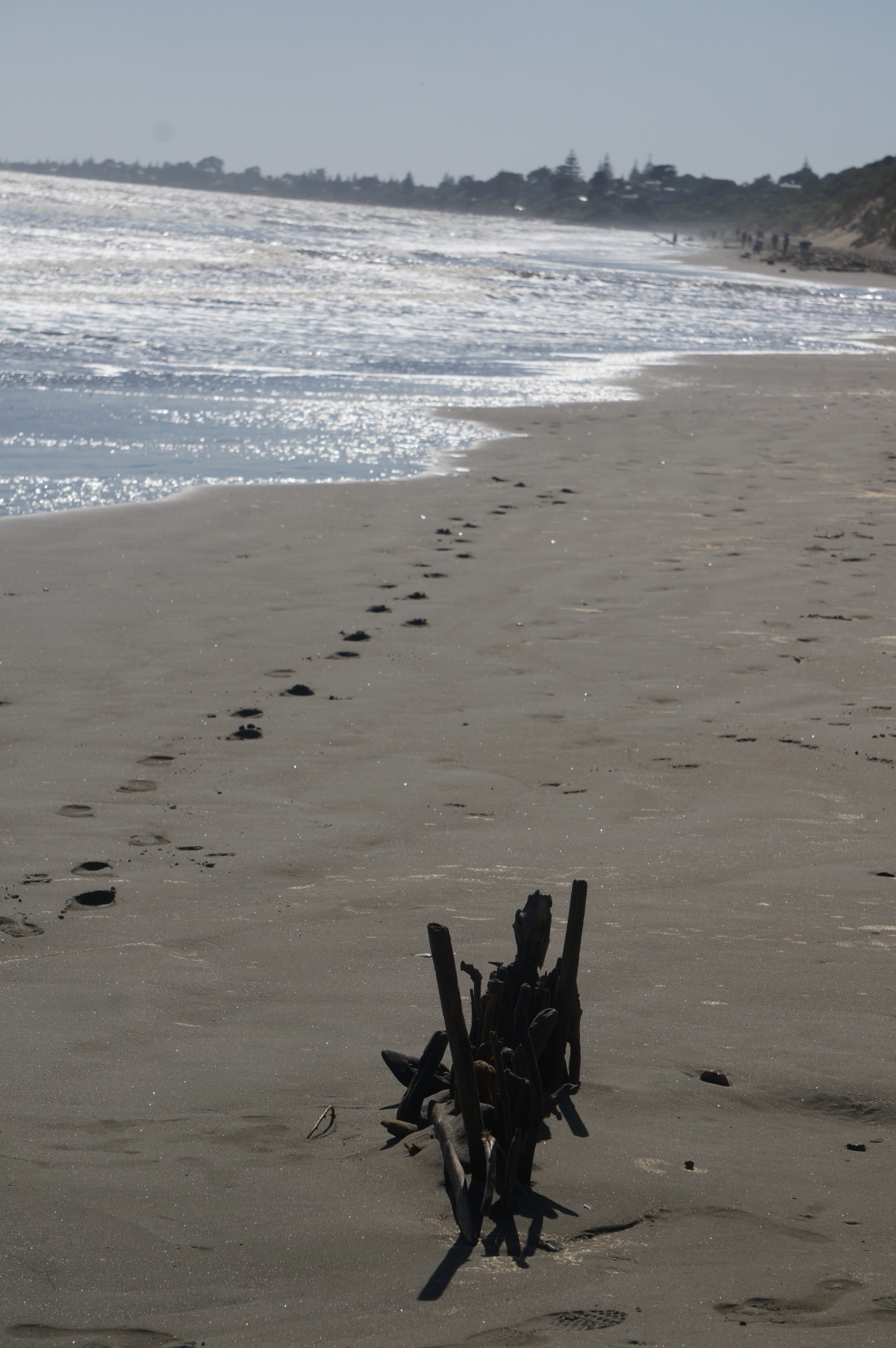 Once we had arrived back at the station it was just a short drive further in to Wellington where we would stay for a couple of nights. This time in a domain that allows freedom camping and luckily for us had big enough spaces for us to fit in. We decided on arriving that we had done enough driving for the day so spent the afternoon playing at the playground that was literally right next to where we were parked and a little walk to explore where we were staying.

The next day we headed in to the city to do a bit of sightseeing. Wellington isn’t somewhere we have spent much time so we were keen to see some of it while we were passing through. Our first plan was to catch a ride on the cable car, with a nearly five year old boy in tow any large vehicle you can ride in is sure to be a hit and this one was no exception. From there we caught a free shuttle to Zealandia which is an area in Wellington that is protected by a predator free fence, the idea of these is that you eliminate all the possums, cats, rats, mice and stoats – all the introduced pests that kill our native bird life or destroy the native bush that the birds use as their habitats. Once you get rid of all the pests the bush can regenerate and the bird life can thrive, giving the opportunity for birds, that in some cases only live off shore on islands that we have managed to keep predator free to establish a population on the mainland again. It was perhaps a bit too much a tourist’s version of a bush walk for our tastes but had an easter egg hunt going on so was a great way for Oliver to feel like he wasn’t missing out on all the easter fun because we had run away in a bus. After that we went for a little bit of a drive to a lookout and around Oriental Bay, which although windy was very beautiful.

We were staying in the same spot again that night and it was wonderful to be able to head home to the bus in the afternoon and have a bit of a rest, watch the kite surfers who were making the most of the wind that had picked up during the day and do a few little chores. The next day was our last full day in the north island and we wanted to move the bus to a spot a little bit closer to the ferry terminal since our sailing was at 8am. This proved not as easy as we had thought, the first place we checked out wasn’t big enough for us and the second though it was big, was also busy and just a car park by a marina so not ideal for Oliver. We left the bus there and went off to grab some lunch and something fun for Oliver after a morning of driving around a city. But while we were out we decided that actually this wouldn’t suit us and Wayne had an idea of a spot we could park from when he used to do long haul truck driving, it was just a little spot in an industrial area but it was perfect for our needs. We had one other camper parked up with us and it was close to a cycle path so we had a good ride before dinner to finish off our day. And as if mother nature knew that for us the next day was the start of a new chapter as we headed off to the south island she put on a fantastic sunset to end the day with. And though we had really enjoyed our time in Wellington we were looking forward to a complete change of pace and to actively slowing our lives down to enjoy our time together.

4 thoughts on “The wanderings begin”