Once we reluctantly left Totaranui Bay behind we had one more spot to visit before we left Takaka behind. Pupu springs is one of the major tourist attractions in the area, it’s a large natural spring and it’s water is amongst the clearest in the world. I think we may not have had the best viewing conditions, cloudy with a little wind which made seeing in to the spring difficult. There was a very pleasant little loop walk there and we saw ducklings swimming with their parents, always cute, so still worth a visit. 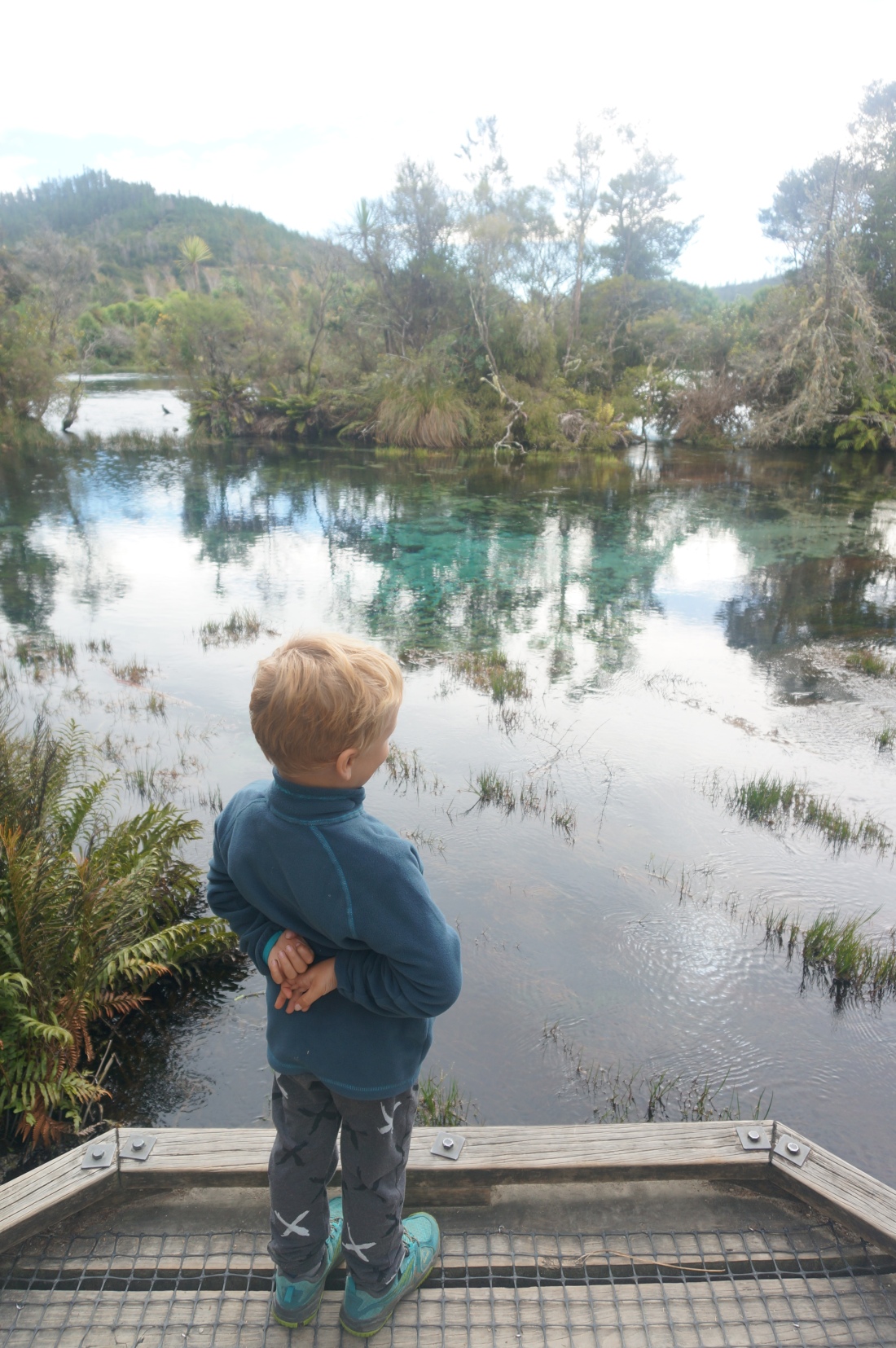 Just down the road we found something much less popular and much more entertaining. The Pupu Hydro walkway is a two hour walk that follows a historic water race that was originally built for gold mining in 1902. In 1929 this now abandoned water race was upgraded to provide electricity for Golden Bay. After 51 years of use the Hydro station closes due to no longer functioning. The really remarkable thing is that in the same year some locals formed the Pupu Hydro society to try to retain control of Pupu hydro within the bay. By 1987, just six years later, despite opposition from the local power board they had fully restored the hydro power scheme, paid off all the loans they had to take out to do so and built a walking track at the same time. It is inspiring and this quote from one of the engineers involved with the project is that kiwi No 8 wire spirit at its best.

“All the experts said she’s had it, we might as well throw it out to the dump….. I wasn’t going to wear that lot. You can fix anything if you try. ” Jim Baird.

The walk itself was just as good as the story behind it. You climb up the zig-zag track for around half an hour and shortly after start to follow the water race. Large portions of the track along the water race you are walking along a very narrow boardwalk suspended over the water with metal railings on your other side as you are right on the edge of the cliff. Such a wonderful way to experience this place and appreciate what an amazing feat it was to build this water race in the first place. 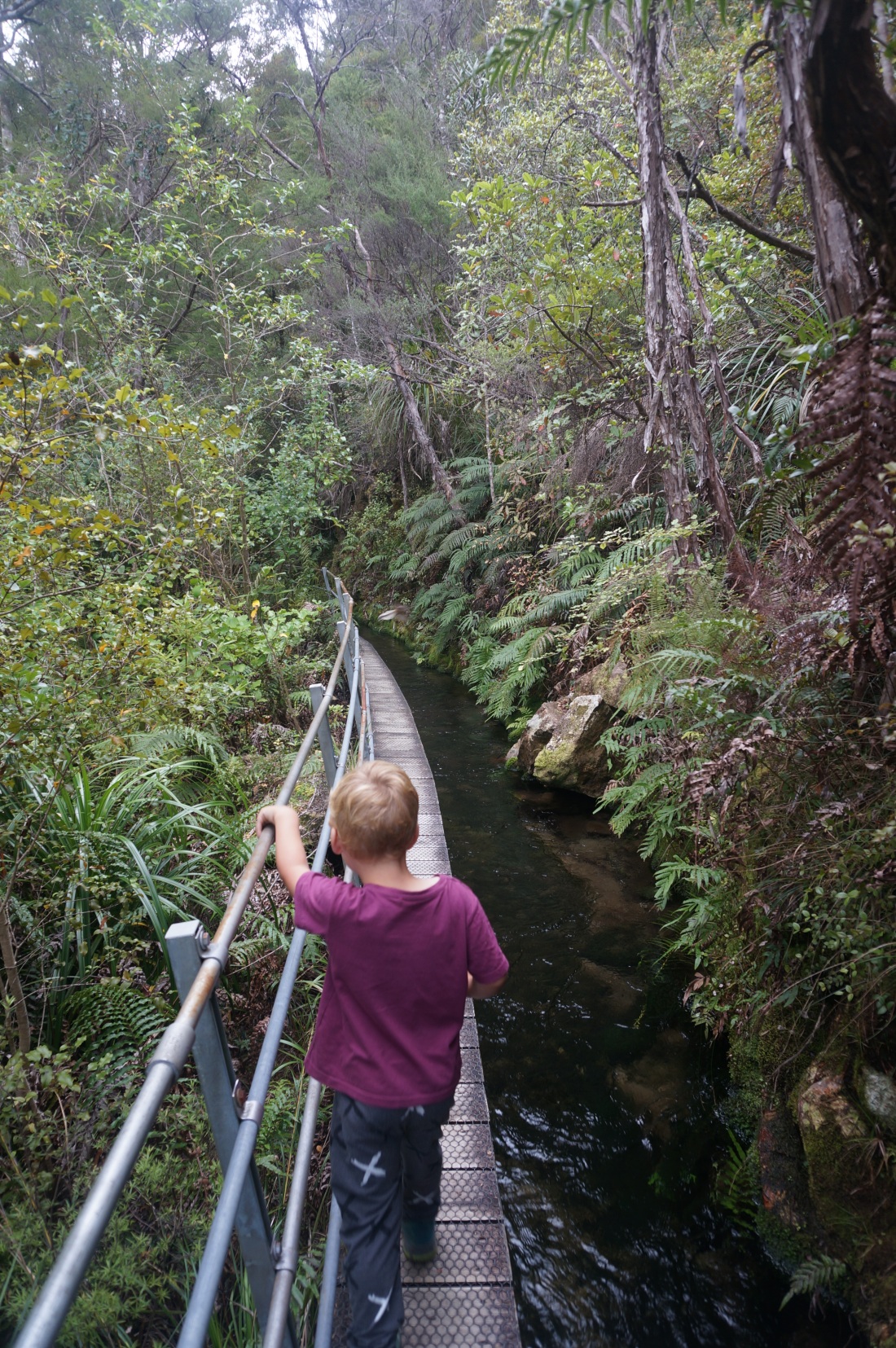 You follow the water race all the way along to the dam where it begins. Then you climb up and walk down the opposite side of the river to the power station where you can view inside the power station and see how it all works. Thankfully there were some very informative diagrams as well so I could put together an explanation for Oliver’s millions of questions for how it all worked.

And after all that fun something that is almost my favorite part. We head back to where the bus is parked next to a river. We cook dinner, light our fire and tuck Oliver into bed. Truly at home no matter which part of the country we are in.