Every now and then when walking you will come across a track that takes you considerably longer than the suggested time frame. Maybe the track isn’t well maintained, maybe the suggested time frame is a bit optimistic and maybe you just move a bit slower than the people they thought would attempt this track. Now normally with Oliver in tow we add half an hour to most times when planning, so the suggested time of 2 hours and 40 minutes was probably going to take us 3 and a bit. When we arrived at the track we found you had to park up and walk around ten minutes through farm land to get to the start of the track.

This whole walk had been Wayne’s suggestion, he spied a place on the map called Devils boots and a track there to the Aorere caves and Druggans Dam and it was somewhere he just had to explore. On our drive in Oliver had renamed the track the devil track – perhaps he knew something we did not?

The first part of the walk to the caves was quite a climb and took us much longer than the 45 minutes suggested. But was all worth it on finding two caves, one quite large called the ballroom cave, you can easily walk inside and explore a smaller tunnel, all safe and achievable for children and Mum’s who sometimes struggle with their balance. If I was to do this track again I would turn around here, which is probably what a lot of people do. 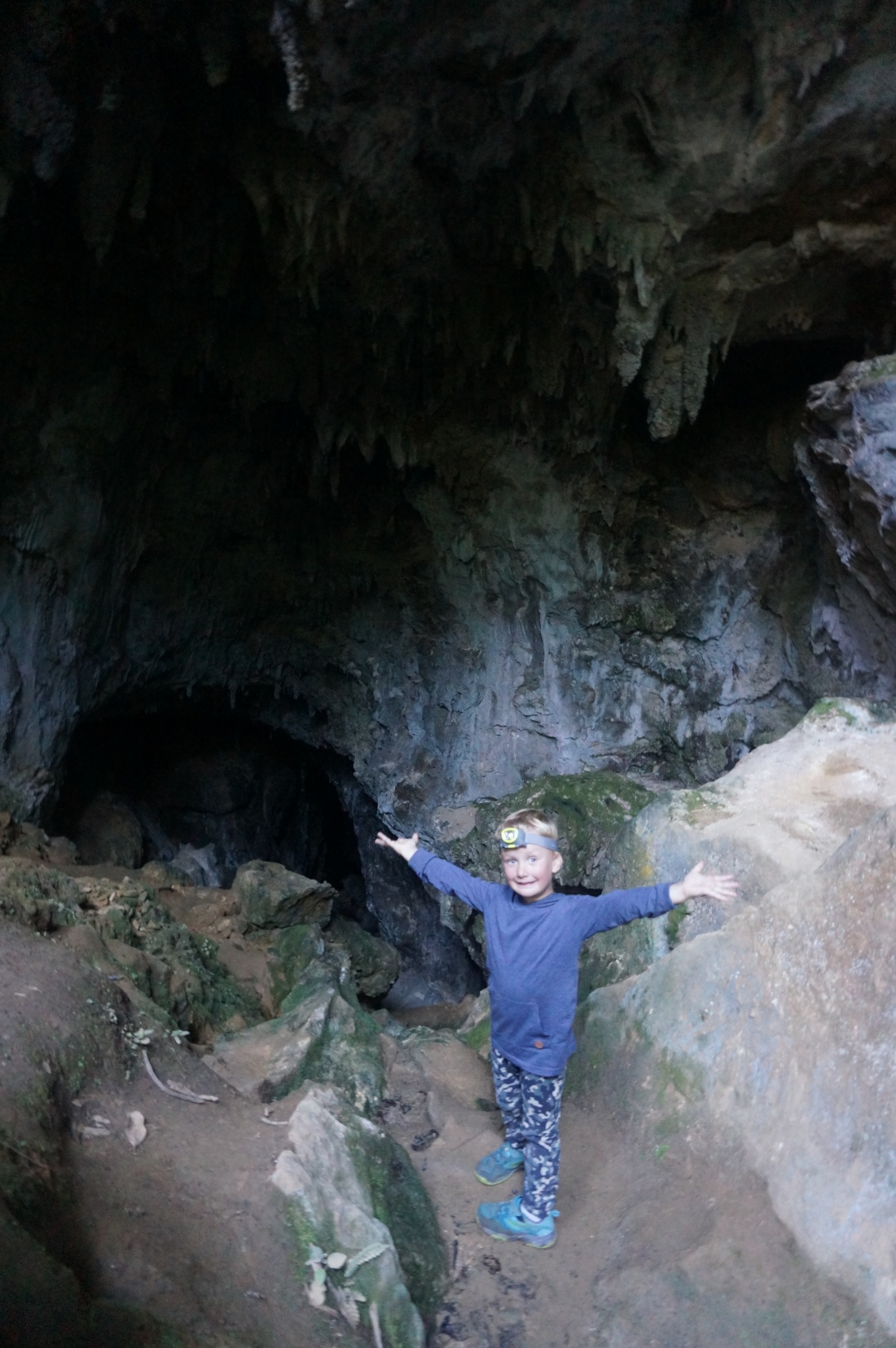 We wanted to have lunch by the dam so carried on. The track became narrower and narrower and very overgrown with gorse in places. So after finding the dam and enjoying a well earned lunch, we decided to head back via the 4wd track (something I would normally avoid!) it had the same suggested. And then Wayne tempted fate and said ‘It can’t be any worse than the gorse’ Well in my opinion it sure was; very muddy, slippery, very slow going. The only redeeming feature was going this way we did get some awesome views. 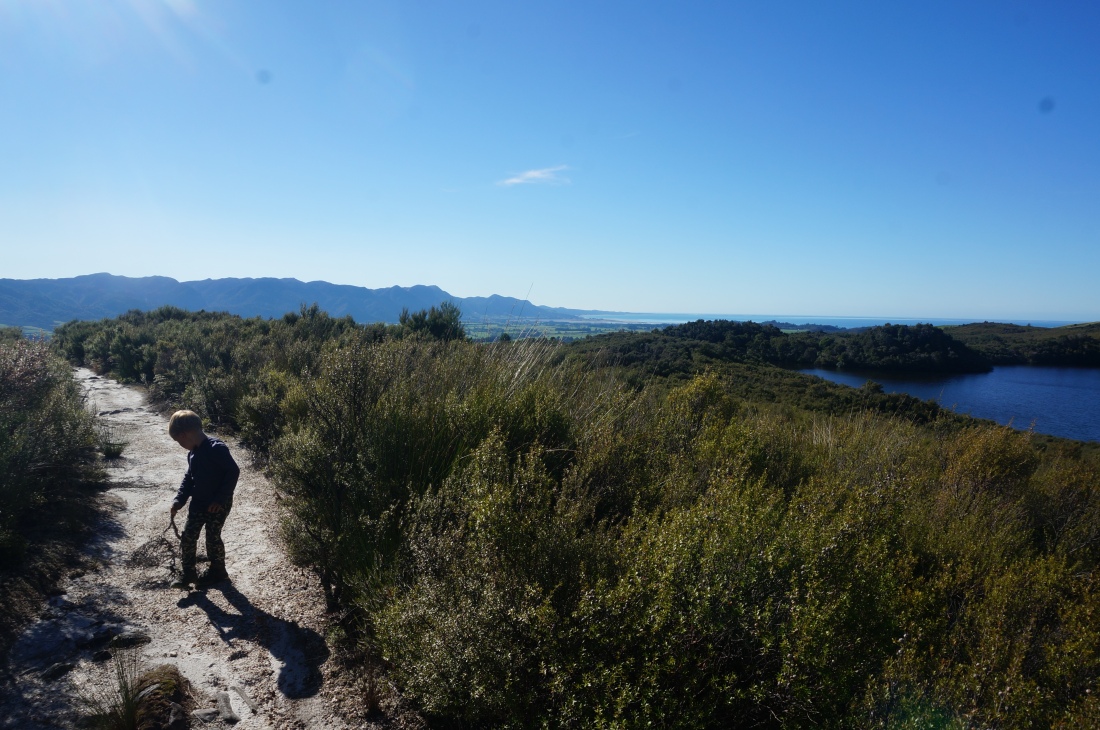 Just on five hours later we made it back to the car. And as I peeled Oliver’s muddy shoes and wet socks off his little feet while he devoured whatever snacks were closest at hand I was so proud of this kid. I know he found this walk really hard at times, but he didn’t once say he couldn’t do it, he didn’t once ask to be carried. He simply kept going and even at the very end he had a smile on his little face and was making silly little boy jokes. This kid amazes me and he inspires me, because if he can do these things I sure can to….

One thought on “Devil’s Boots”