We wind our way down the road. Past trees and paddocks full of sheep. House’s tucked away behind their fences sit around every other bend. Then we round another corner and the ocean appears. It looks a faded, gentle kind of blue from this distance, bathed in the soft evening light.

The car sweeps around a big corner, across a bridge and we are there. Of course Oliver is first out of the car but he gets distracted by the playground so I am the first to see this wildly glorious beach. I could actually hear it the moment the cars engine stopped, long before I climbed up the small bank to it’s rocky shores. The waves are pounding in. Churning the rocks over and over in a raucous display of their strength.

Shortly the boys join me on the beach. We meander along, discovering the bounty this sea has brought in on other evenings when the waves tossed their treasures high above the tide line. Treasure left to dry in the sun until another storm see’s them whisked away on another surging wave. Rocks are tested for splashing capabilities. Wobbling stone towers are built then knocked over with shrieks of six year old delight. Sticks become swords, then spears, then guns. We hunt make believe prey with our small child whose imagination is bigger than all of us. We let ourselves get sucked into that magical world of his where everything is possible.

Then we see a hammock strung between some trees and the moment shifts. Wayne and Oliver climb into the hammock. I find a log a short distance away to sit on and listen to the roar of the waves. My thoughts drift for a while and when I look back to the hammock I see a miraculous thing. The boy who was so full of energy, movement and noise a moment ago now lies in the hammock safe in his fathers arms. Their heads rest against each other and I can see they are talking. I could go over and join the conversation but decide that it is enough to watch this moment from here.

Far to soon it is over. We are back in the car. Winding our way past trees and paddocks full of sheep. Heading away from this magic evening on a rocky beach. 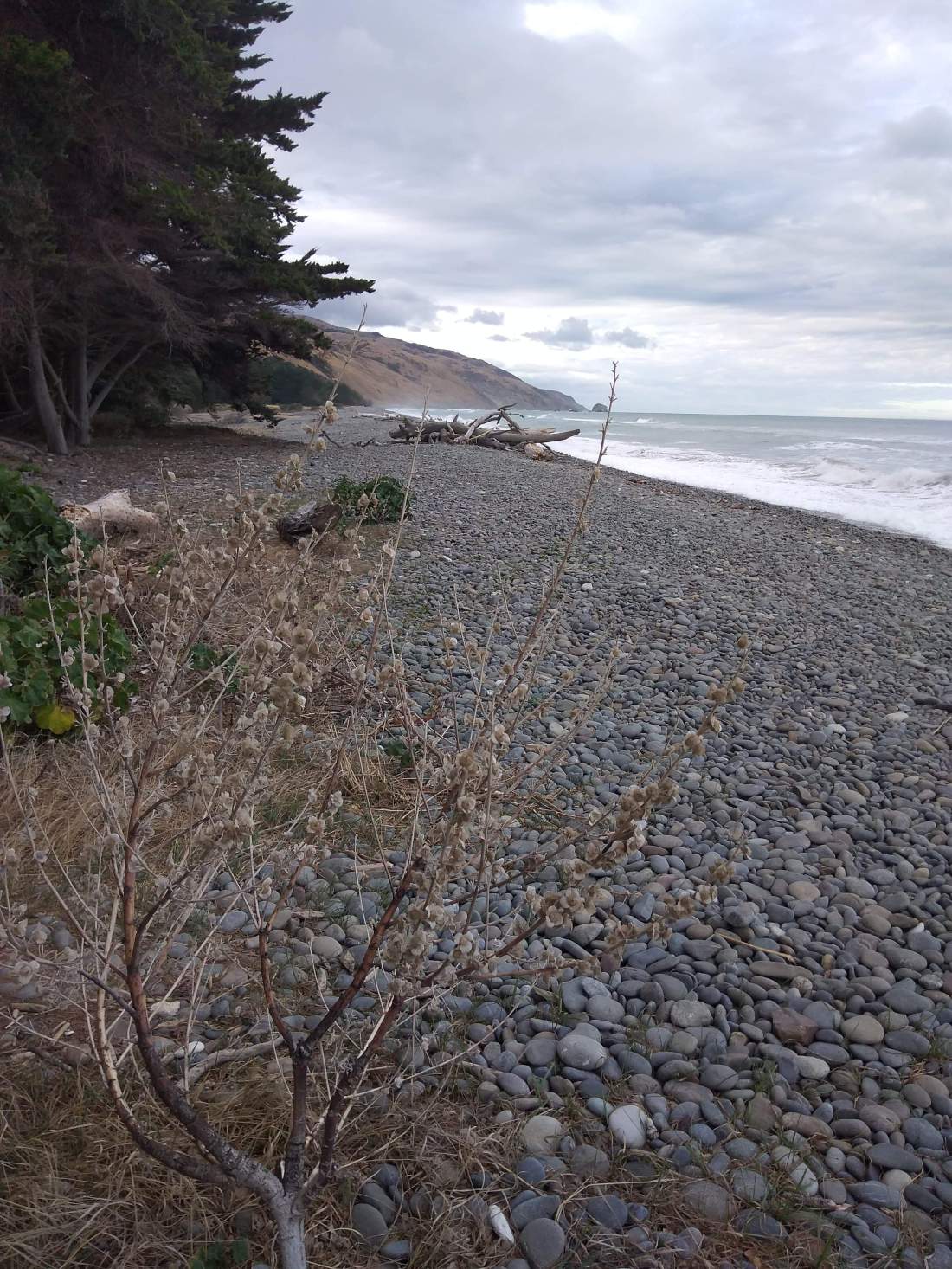